Home / General / What Is A Pre-Marital Agreement? 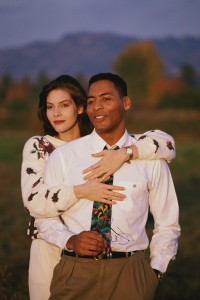 All too often, when the words “pre-marital agreement” or “pre-nuptial agreement” are mentioned they are automatically taken in a negative context. When asked to sign a pre-marital agreement people often assume their partner is already condemning the relationship to failure. This is simply not the case. The reality, however, is that about half of all first marriages do fail in the United States and an even higher percentage of second and subsequent marriages end in divorce. Protecting yourself and your assets, therefore, is simply a pragmatic and financially sound thing to do when contemplating marriage.

A pre-nuptial agreement is commonly used to protect assets owned by a party prior to marriage. In essence, a pre-marital agreement is a way to ensure that assets you own now are not lost in a divorce should your marriage end in divorce down the road. Pre-marital agreements do not only protect the spouse who already has considerable assets though. A pre-nuptial agreement can also protect a spouse who has nothing coming into the marriage by guaranteeing that the party will leave the marriage with something should the marriage fail. In addition, if you plan to give up a career, or quit school, to be a stay at home parent, you will be giving up your own financial independence. Often, a pre-marital agreement is executed in a situation such as this to ensure that you will be “compensated” for your sacrifices and the years you worked at home.

A number of issues can be resolved ahead of time by entering into a pre-marital agreement. Even the issue of spousal support can be addressed in a pre-marital agreement. Before you assume that a pre-nuptial agreement is a pessimistic or negative way to start a marriage, consult with an experienced South Carolina family law attorney. Contact the experienced South Carolina family law attorneys at Kuhn & Kuhn Law Firm by calling 843-577-3700 to schedule your appointment.