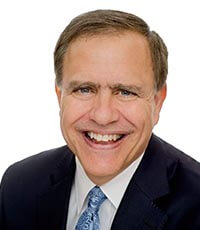 Former South Carolina State Senator, John Kuhn is a founding partner of the Kuhn & Kuhn Law Firm.  The Kuhn & Kuhn Law Firm is a boutique estate planning (wills, trusts and probate) firm, which he and his wife opened in 2002.  The law firm was created to serve clients who want an excellent and thorough estate plan.  The firm also does an immense amount of Probate for families in the tri-county area.   John has practiced almost exclusively estate planning and probate since becoming a member of the S.C. Bar in 1994.  He has also given over 1,050 free estate planning seminars for the public in the past 17 years.

John grew up on a 5,400  acre family farm.  Originally, he wanted to help farmers avoid the Death Tax and to avoid Probate.  So, after marrying Shea in Charleston, he went to law school to learn how to help folks avoid Probate.  Once he discovered that Living Trusts avoid Probate for all families, he decided to present free Wills and Trusts and Probate Seminars for the public in Charleston, Berkeley and Dorchester Counties.  He still gives all the free seminars for the public to help people learn what the best estate plan is for them.  The free seminars he presents every month in the Low Country are his gift to the community.  You can register for one of his free seminars on this website or by calling our firm at (843) 577-3700.  He is still giving free seminars for the pubic every month and would love to meet you at one of this month’s seminars.

Practicing law and giving free seminars on Estate Planning is actually a second career for John Kuhn.  He eventually managed his family farm when his father got sick at a young age.  And, at the same time, he discovered and developed a market for alfalfa hay and Sudan hay in Japan in the 1980s.  He built up a hay export company from scratch by traveling to Japan 20 times in 5 years.  Consequently, he has extensive experience in family businesses, extensive experience as a family farmer, and extensive experience as an international businessman.  All of which comes in handy when helping his clients with business and succession planning.

John graduated high school from Culver Military Academy, a military boarding school in Indiana.  He then graduated college from Vanderbilt University.  (He met his wife, Shea, while both were English majors at Vanderbilt .)  After he turned his family businesses over to his younger brother (Jim Kuhn, who graduated from Stanford University, as did their mother), John came out to Charleston, SC, and married his college sweetheart, Shea Hipp.  Just after getting married, John and Shea attended John Marshall Law School in Chicago and John graduated in 1993 with a law degree.  He passed the South Carolina Bar in 1994, and has practiced only estate planning law ever since.

John was also elected S.C. State Senator for Charleston and Berkeley Counties in 2001.  He served in the South Carolina Senate for one term, from 2001-2004. 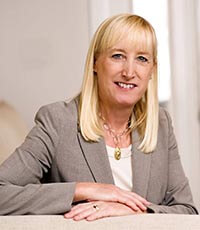 Shea Kuhn is also a founding partner of the Kuhn & Kuhn Law Firm. Along with her husband, John, she felt that a lot of people needed sound estate planning advice. They know that everyone needs a thorough, well-developed estate plan that covers all contingencies; moreover, it should always work. So, they formed their own law firm to provide this service to everyone at a reasonable price. Shea and John met as undergraduates at Vanderbilt University, while studying English. 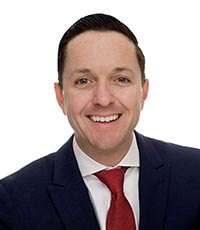 Justin is an Associate Attorney at the Kuhn & Kuhn Law Firm. He is our Senior Associate and has focused his practice exclusively on estate planning (wills, trusts, probate) since becoming a member of the law firm in 2016. Justin has also practiced in the areas of: Special Education Law, Real Estate, Personal Injury, Bankruptcy, and Worker’s Compensation. Justin graduated with a degree in Finance from the Darla Moore School of Business at the University of South Carolina. Justin then proceeded to attend the Charleston School of Law, becoming a member of the third graduating class from that institution. He was admitted to the South Carolina bar on November 16, 2009. 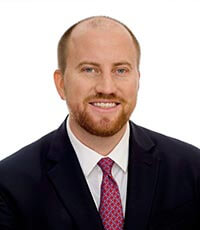 Brian is an Associate Attorney at the Kuhn & Kuhn Law Firm. His primary focus is in the area of Probate, where he helps clients navigate the probate process from start to finish. Brian received his undergraduate degree from Miami University in Oxford, Ohio, where he double majored in Microbiology and Political Science. Brian went on to receive his Juris Doctor from Campbell University School of Law. During Law School, Brian was an extern for the Honorable Robert Hunter Jr. at the North Carolina Court of Appeals. In addition, Brian received a score on the Uniform Bar Exam that would allow him to practice in any UBE jurisdiction in the country. He is a member of the South Carolina Bar and the Charleston County Bar Association.