Home / Child Support / How Does the Judge Decide Custody Issues in South Carolina?

The issue of child custody is one of the most important that parents face when they decide they no longer wish to live together under the same roof. Child custody may need to be split if a couple who is living together decides to separate or when a couple who has never been married has a child together. When this occurs, a separate custody action may be brought before the court. Child custody may also become an issue during a divorce. 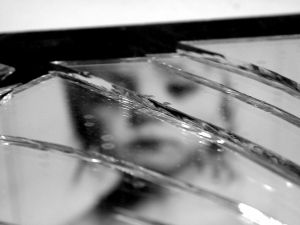 H 4614 was passed in 2012 and changed the rules for how child custody issues in South Carolina are decided. It is important that parents understand how the law works in the state and what their rights are when it comes to being able to raise their children. An experienced Charleston, SC divorce attorney at Kuhn & Kuhn, LLC can provide advice and skillful legal representation to parents throughout the process of a custody hearing and a divorce.

Deciding custody issues in South Carolina is best left to the parents. A mother and father know their own children and family dynamic and they are urged to put together a parenting agreement that divides up the time each parent will be spend with the child. The parenting agreement should also specify who makes decisions about important matters in the child’s life, such as what medical and dental treatment the child should received and where the kids should go to school.

Because it is considered best for parents to decide custody issues in South Carolina, parents may be required to submit to court-ordered mediation during a divorce or custody proceeding. Parents may also be ordered to take a parenting class focused on issues relevant to divorce. If mediation works, parents can submit a joint parenting agreement to the judge and that agreement will be turned into their official custody order that they must abide by.

If parents do not agree on the issue of custody, then the judge will need to make the choice on where a child should spend his time. The judge will decide custody issues in South Carolina based on the best interests of the child standard. Each parent will need to submit their own parenting plan for the judge to consider. Each parent will also need to present evidence that the judge can take into account when deciding what is best.

There are a variety of different factors that are outlined in the South Carolina code that the judge should think about when deciding what makes sense for the children. Things to consider include:

You will need to put together the strongest case possible if your custody case comes before a judge. Kuhn & Kuhn, LLC can assist you both during mediation and during litigation on custody issues in South Carolina. Call today to learn more.